On October 18, 2020, we held our annual Tardeada with Miriam Hernandez, the host. We virtually celebrated our upcoming exhibition, Thai El Monte Garment Workers: The Return of Slavery and Trafficking in the Modern Era, with a preview video. We honored the activism of our 2020 social justice heroes, Dr. Melina Abdullah, Chancee Martorell, and Joy Prim, whose words inspired action for a better tomorrow. We closed the Tardeada with the moving poetry of Yazmin Watkins, an artist, and activist.
​
It was a privilege to spend the afternoon with you, our supporters. Thank you to all our sponsors, everyone who donated and became a Museum member, and all who attended. Because you believe in our mission of telling the neglected stories of the diverse people of Los Angeles that we're able to continue our work.

We hope you enjoyed the Tardeada. 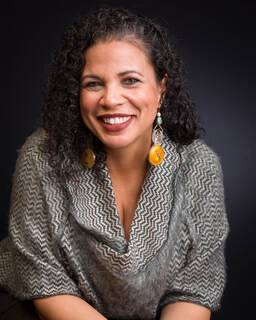 Dr. Melina Abdullah is a professor and former chair of Pan-African Studies at California State University, Los Angeles. She earned a PhD and an MA in political science from the University of Southern California and a BA in African American studies from Howard University. She was appointed to the Los Angeles County Human Relations Commission in 2014 and is a recognized expert on race, gender, class, and social movements. Melina is the author of numerous articles and book chapters, with subjects ranging from political coalition building to womanist mothering.

Melina is a womanist scholar-activist—understanding the role that she plays in the academy as intrinsically linked to broader struggles for the liberation of oppressed people. She is a leader in the fight for ethnic studies in the K–12 and university systems and was a part of the historic victory that made ethnic studies a requirement in the Los Angeles Unified School District. Melina was among the original group of organizers that convened to form Black Lives Matter and continues to serve as a Los Angeles chapter lead and contributes to the national leadership. She is a co-host and co-producer of the weekly radio program Beautiful Struggle, which airs on KPFK, part of the Pacifica radio network. Melina also serves on boards for the Black Community Clergy and Labor Alliance (BCCLA), California Faculty Association at California State University Los Angeles, Los Angeles African American Women’s Public Policy Institute, Los Angeles Community Action Network (LA CAN), National Association for Ethnic Studies, Reverence Wellness Salon, and Strategic Concepts in Organizing and Policy Education (SCOPE).

​Melina is the recipient of many awards, most recently the 2016 Racial Justice Award presented by the YWCA, a 2016 award presented by the Coalition of Mental Health Professionals, 2016 Fannie Lou Hamer Outstanding Community Service Award presented by the National Conference of Black Political Scientists, 2016 Sacred Sistahs Award, 2016 California Teachers Association Human Rights Award, 2016 BCCLA Ella Baker Award, 2015 Freedom Now Award, and the 2015 Communitas Award. She was recognized by LA Weekly as one of the 10 most influential Los Angeles leaders, “Urban Girl of the Year” by 2UrbanGirls, and one of the 15 “Fiercest Sisters” of 2015 by the digital network Fierce. She has appeared on MSNBC, CNN, TV One, ABC, PBS, KTLA, KCET, BET, Free Speech TV, and Al-Jazeera, and is featured in the films 13th, When Justice Isn’t Just, and Justice or Else. Melina is originally from Oakland, California. She is a single “soccer mama” of three children and resides in Mid-City Los Angeles. 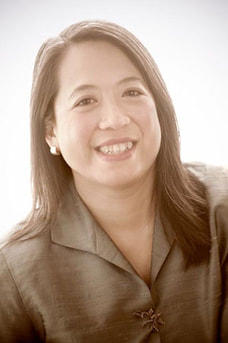 Chanchanit (Chancee) Martorell was born in Thailand and raised in Los Angeles. She studied political science and public law at UCLA, where she received a BA and an MA in urban planning with a specialization in urban regional development/third-world development. She also studied humanities at Chiang Mai University in Northern Thailand in 1988. Engaged in social activism for the past 28 years, Chancee is currently Executive Director of the Thai Community Development Center, a non-profit organization she founded in 1994 in an effort to improve the lives of Thai immigrants through services that promote cultural adjustment and economic self-sufficiency.

During Thailand’s military coup of 1992, Chancee mobilized the Thai community in Southern California to protest the atrocities committed by the military junta against civilian demonstrators in Bangkok, demanding a peaceful return to democracy for Thailand and its people. After the civil unrest in Los Angeles in 1992, she co-authored the Mid-City Plan for the Coalition of Neighborhood Developers, which sought to address the lack of economic resources in an inner-city area of Los Angeles. That pivotal event also led her to document the demographics and social- and human-service needs of Thais in Los Angeles for the first time, in a landmark community-needs assessment study.

Chancee is best known for her work on several major human-rights cases involving more than 400 Thai victims of human trafficking who were discovered working in conditions of slavery in El Monte. Her tireless advocacy on behalf of the victims and the success of these cases have made her a leading expert on the serious issue of modern-day slavery. She has also become a leading practitioner in the field of community development, engaged in ongoing affordable-housing development, small-business promotion, and neighborhood-revitalization projects.

In 1999, under her leadership, Thai CDC played a pivotal role in an eight-year-long community-organizing campaign that raised community consciousness and led to the designation of the first Thai Town in the nation, in East Hollywood. The designation of Thai Town was the first step of a multifaceted economic-development strategy to revitalize a depressed section of Hollywood while enriching the city’s cultural and social fiber.

​Dedicated to social and economic justice, Chancee actively serves in a variety of capacities in a number of community, immigrants’ rights, and labor-rights organizations with local, national, and global concern. She is the co-founder of groups that work against slavery and trafficking and that promote community development and small businesses. She is also committed to heightening awareness of Thai arts and culture, and is involved with various arts and culture organizations.

On June 29, 2012, Chancee was bestowed the Royal Decoration of the Most Admirable Order of the Direkgunabhorn from His Majesty King Bhumibol Adulyadej for her tireless service to the Thai community abroad. 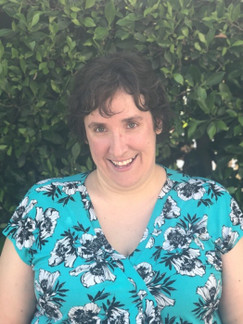 Joy Prim is a United Methodist missionary with the General Board of Global Ministries, serving as a welfare case officer for migrant workers. She is based at the Mission for Migrant Workers at St. John’s Cathedral in Hong Kong. Born in Statesville, North Carolina, Joy most recently lived in Los Angeles, California. She is a member of West LA United Methodist Church in California, part of the California-Pacific Conference. She earned a Bachelor of Science degree in elementary education from Pfeiffer University in Misenheimer, North Carolina, in 2009, and was consecrated as a deaconess in May 2020.

Prior to her present assignment, Joy was a communication manager with the California-Pacific Methodist Federation for Social Action and Western Methodist Justice Movement, and before that, she worked at University United Methodist Church in Irvine. She has also worked with the Filipino Migrant Center, providing direct services and advocacy to address issues of human rights in California and beyond, and volunteered with the California-Pacific Annual Conference Justice and Compassion Ministries team, as well as the International Coalition for Human Rights in the Philippines.

Joy’s faith journey has been influenced and led by the UMW purpose. She grew up with a mother and grandmother who were both United Methodist Women, and she became a UMW member at 12 years old. She has said of the UMW, “The foundation they laid for caring for issues of women, youth, and children in our local communities and around the world began a spark inside with a yearning for more mission work.”

The deep internalization of the UMW purpose inspired Joy to apply for the Mission Intern Program (now Global Mission Fellows), with which she served from 2011 to 2014. Her international placement, serving in Hong Kong with migrant workers who were primarily women from the Philippines and Indonesia, helped her to further understand the United Methodist mission in taking leadership from the community, recognizing that community members are experts on how to improve their communities, and following their leadership through mission service.

Now, serving with the Mission for Migrant Workers, Joy continues her work supporting migrant workers in crisis and empowering them to regain dignity.

Joy cherishes “God moments.” She has said, “I feel connected to my understandings of the early church that weren’t so much about liturgies and formalities but about building community, finding ways to support each other and live our faith through action.”
Support Us