On October 16, 2021, we held our annual Tardeada virtually with Rev. Dr. Cedrick Bridgeforth as the master of ceremonies. We celebrated our exhibition Caravanas del Diablo, an in-depth look at documentary journalist Ada Trillo's process in documenting the journeys of Central American migrants crossing across Mexico from its southern border to its northern border in Tijuana. We honored the activism of our 2021 social justice heroes—Douglas Oviedo, youth pastor, activist, migrant, and author, Dr. Cecilia Menjívar, who holds the Dorothy L. Meier Social Equities Chair and is Professor of Sociology at UCLA, and Supervisor Hilda Solis, Chair of the Los Angeles County Board of Supervisors, representing residents of the First District.
​
It was a privilege to spend the afternoon with you, our supporters. Thank you to all our sponsors, everyone who donated and became a Museum member, and all who attended. Because you believe in our mission of telling the neglected stories of the diverse people of Los Angeles that we're able to continue our work.

You can enjoy the Tardeada again or for the first time below. 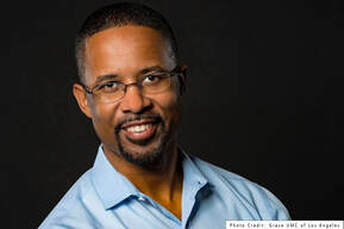 REV. DR. CEDRICK BRIDGEFORTH is the Director of Innovation and Communication for the California-Pacific Annual Conference. In his new position, Cedrick looks forward to “the adventure of coming alongside laity and clergy in various communities who have dreams that need champions and voice to bring them to fruition.”

Cedrick’s most recent book, Alabama Grandson: A Black, Gay Minister’s Passage Out of Hiding (Precocity Press), was released in August 2021.
Born in Decatur, Alabama, Cedrick served four years in the United States Air Force. He earned a Bachelor of Arts degree in religion from Samford University, Birmingham, Alabama, and a Doctor of Education in organizational leadership from Pepperdine University, Malibu, California.
​
He is a member of Alpha Phi Alpha Fraternity Inc., a past president of Black Methodists for Church Renewal, and a former district superintendent and dean of cabinet. He served as pastor of Grace United Methodist Church, Los Angeles, and directed academic programs and outreach at the Ecumenical Center for Black Church Studies, University of La Verne. In addition to heading California-Pacific General and jurisdictional conference delegations, Cedrick founded 20/20 Leadership Lessons Inc. 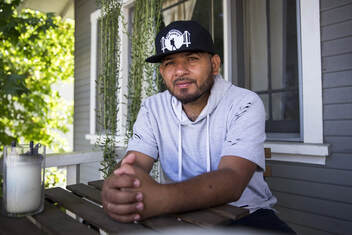 DOUGLAS OVIEDO, youth pastor, activist, migrant, and author, fled his native country of Honduras to escape numerous threats on his life. As a pastor in the Honduran capital of Tegucigalpa, Oviedo encouraged young people to leave or not join the gangs where warring factions led to massive and repeated violence. He organized exit strategies from street life and helped organize protests calling for more government security to counteract gang violence. After numerous threats on his life by local gangs due to his ministry and political activism, Oviedo traveled in the 2018 caravan from Honduras to Guatemala and into Mexico to seek asylum in the United States. Impacted by the Trump administration Remain in Mexico policy, Oviedo was one of the first migrants seeking asylum to be sent back across the US border into Mexico. The policy has since expanded to over 70,000 migrants who wait in overcrowded and dangerous conditions.

While waiting for his court date, Oviedo worked with fellow Honduran migrant Michael Rodriguez to establish Casa Hogar El Puente, a shelter for migrant women and children waiting under the Remain in Mexico policy in Tijuana, Mexico. It is the first shelter to be made by migrants for migrants to provide safety from the violence, discrimination, and extortion that many Central American migrants face in Mexico while waiting through the duration of their asylum cases in the US.

In September 2019, Oviedo won his asylum case making him one of the few to do so since the Remain in Mexico policy took effect in January 2019. He continued forming Casa Hogar El Puente from the US, which welcomed its first family in January 2020. “I can say this has changed my life as a migrant, as a person, as a better father, as a better man. To now have a shelter that’s going to house a lot of people, that my people from Central America will be OK,” Oviedo said while reflecting on his journey to the US.

Additionally, he is committed to finding lawyers for migrants. He knows how important it is to have good legal representation in seeking asylum. He recognizes that having legal counsel with him in court was a privilege that many do not get. Oviedo hopes that with the safety of Casa Hogar El Puente and proper legal representation, migrants will be able to make their court dates and win their asylum cases like he did.
In 2020, Oviedo published Caravaneros, a story of the 2018 caravan from the perspective of the migrants themselves. Through his ministry of activism, music, and story Oviedo fights for migrants searching for their dreams of safety and possibility.

CECILIA MENJÍVAR holds the Dorothy L. Meier Social Equities Chair and is Professor of Sociology at UCLA. She specializes in how immigration laws and enforcement impact the lives of immigrants, primarily Central Americans in the United States. She has examined how laws produce various legal statuses, especially temporary ones, that impact families' access to social benefits and inclusion in US society. Some of her prominent books include, "Fragmented Ties: Salvadoran Immigrant Networks in America," "Enduring Violence: Ladina Women's Lives in Guatemala," "Immigrant Families," "Constructing Immigrant 'Illegality': Critiques, Experiences, and Responses," and "The Oxford Handbook of Immigration Crises." Professor Menjívar has co-authored declarations to call attention to the detrimental effects of detention and to reverse harmful decisions regarding asylum based on gender-based violence and contributed to a federal lawsuit to keep DACA. She has provided pro bono expert testimony in dozens of cases of Central American women seeking asylum. Professor Menjívar is both a John S Guggenheim Fellow and an Andrew Carnegie Fellow. She has served as Vice-President of the American Sociological Association and is President for 2021-2022. She was born and raised in El Salvador. 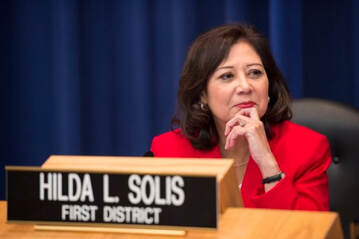 HILDA L. SOLIS is the Chair of the Los Angeles County Board of Supervisors, representing residents of the First District.

As a daughter of working-class, immigrant parents from Nicaragua and Mexico, she understood at a young age, the challenges that workers face and the dignity that they deserved. Taught to value hard work and give back to her community, Supervisor Solis believes that government, with the right leadership, can help substantially improve the lives of many people. Raised in La Puente, California, Supervisor Solis was the first in her family to attend college at California State Polytechnic University, Pomona, despite a lack of institutional support from her high school. From there, Supervisor Solis began developing her political values as a progressive champion for the most marginalized people in our society. Since both of her parents were members of their unions, Supervisor Solis became an early advocate for workers’ rights, better wages, and workplace safety – eventually becoming the United States Secretary of Labor for President Barack Obama.
​
Before making history as the first Latina to serve in the Presidential Cabinet, Supervisor Solis’s public service spanned across the Rio Hondo Board of Trustees, both chambers of the California State Legislature, and the House of Representatives.

She broke the glass ceiling repeatedly by becoming the first Latina ever elected to the State Senate, and the first woman to win the John F. Kennedy Profile in Courage Award for her work in environmental justice. After her time in the Obama administration, she came back home to continue her service locally as the County Supervisor for the First District.
During her tenure, Supervisor Solis continues to utilize her federal, state and local governing experience to deliver essential services to her constituents.

She pushed to fully fund a $20 million workforce and job training program for disadvantaged young people and authored more than 40 motions defending immigrant communities during the previous federal administration. Most recently, she met the Biden White House’s call to action to address the humanitarian crisis at the southern border, by setting up an emergency intake site in her district for thousands of unaccompanied children.